On March 2, the City of Panabo held a hearing about a City Ordnance that would establish a No-Build Zone along the Mindanao Railway alignment in Panabo City. City Ordnance No. 5, Series 2021 was the city's response to a DOTr request for such a measure as it was a pre-requisite for the start of construction of the railway.

Panabo City is the first of the 6 cities and municipalities -- that are part of the Mindanao Railway -- that is considering an ordnance of this nature. This would make the city a test-case for the other cities covered by Phase 1 of the railway.

A recording of the hearing is available on the Panabo City Sanggunian Programs Facebook page. 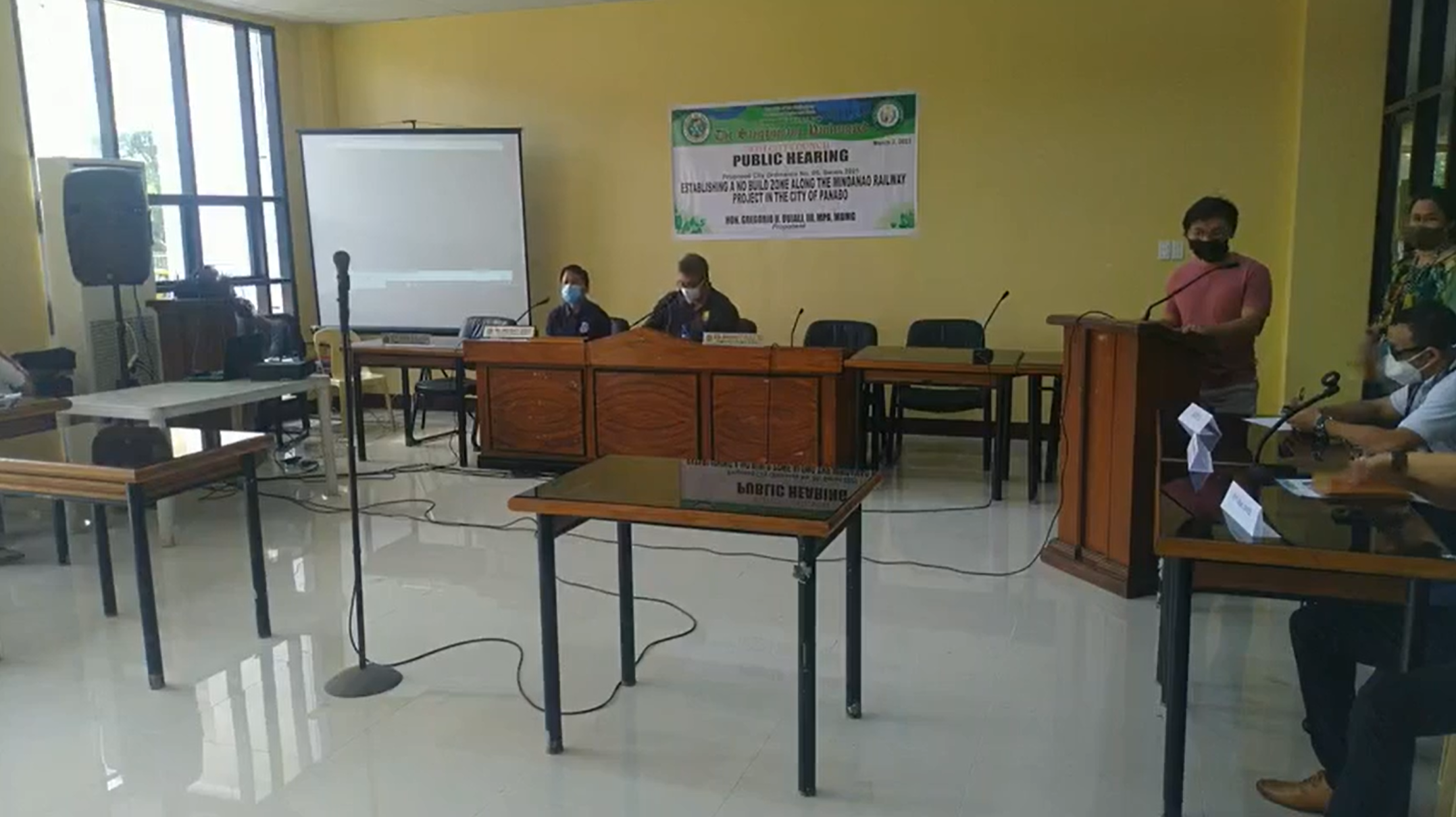 The draft of the ordnance prescribes that properties that are affected by the railway alignment will have appropriate annotations on their tax declarations indicating that they are covered by the ordnance.

As specified at time index 17:19 of the recording, violators of the ordnance may be fined anywhere from P2,000 to P5,000. The audio quality of the recording at this point is poor, but there was also mention of potential use of imprisonment as a punitive measure. 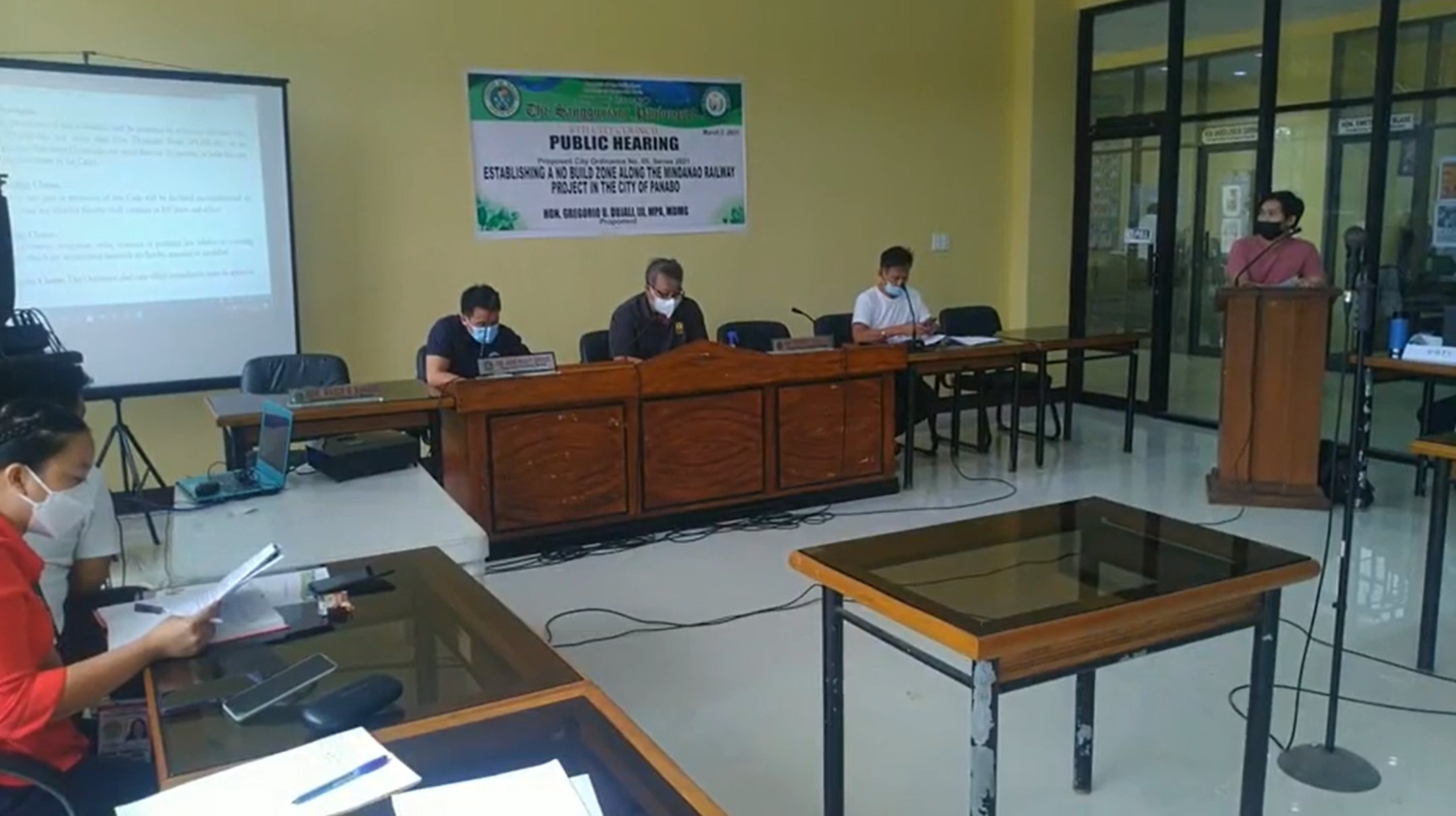 At time index 21:41 of the recording, the city legal office and city planning office raised concerns about how adoption of the ordnance would result in the City of Panabo assuming responsibility for ensuring just compensation of land owners as well as for mitigating the impact of the project on public utilities whose facilities may be affected by the railway alignment.

However, DOTr representative James Zozobrado allayed the concerns of the city officials by pointing out that the ordnance was about regulation of future development and was not about the "taking" of property. Therefore the matter of compensation was not covered by the ordnance. The proposed city legislation would simply prevent the city from issuing construction and business permits within the zone, thus discouraging development that would impede the construction of the railway.

A representative of the Digos Water District sought an exemption from the ordnance to permit future construction of projects that could traverse the railway alignment. However the Zozobrado clarified that the prohibition was not absolute, and explicitly allowed the implementing agencies to make accommodations for certain sectors such as utility providers.

While the need for a follow-up hearing on the ordnance was mentioned during the proceedings, the date for this follow-up was not specified in the recording.

The City of Panabo passed the no-build-zone ordnance, now referred to as City Ordinance No. 11-2021, on April 14, 2021. It published the following copies of the ordnance on its FB page on the 18th. Click the images below to enlarge.

The coordinates enumerated in the ordinance have yielded the following noteworthy facets of the railway.

The layout of the Panabo station was revealed. It also shows the the facility of the Philippine Nutri Fruit Corporation will be taken over by the station. 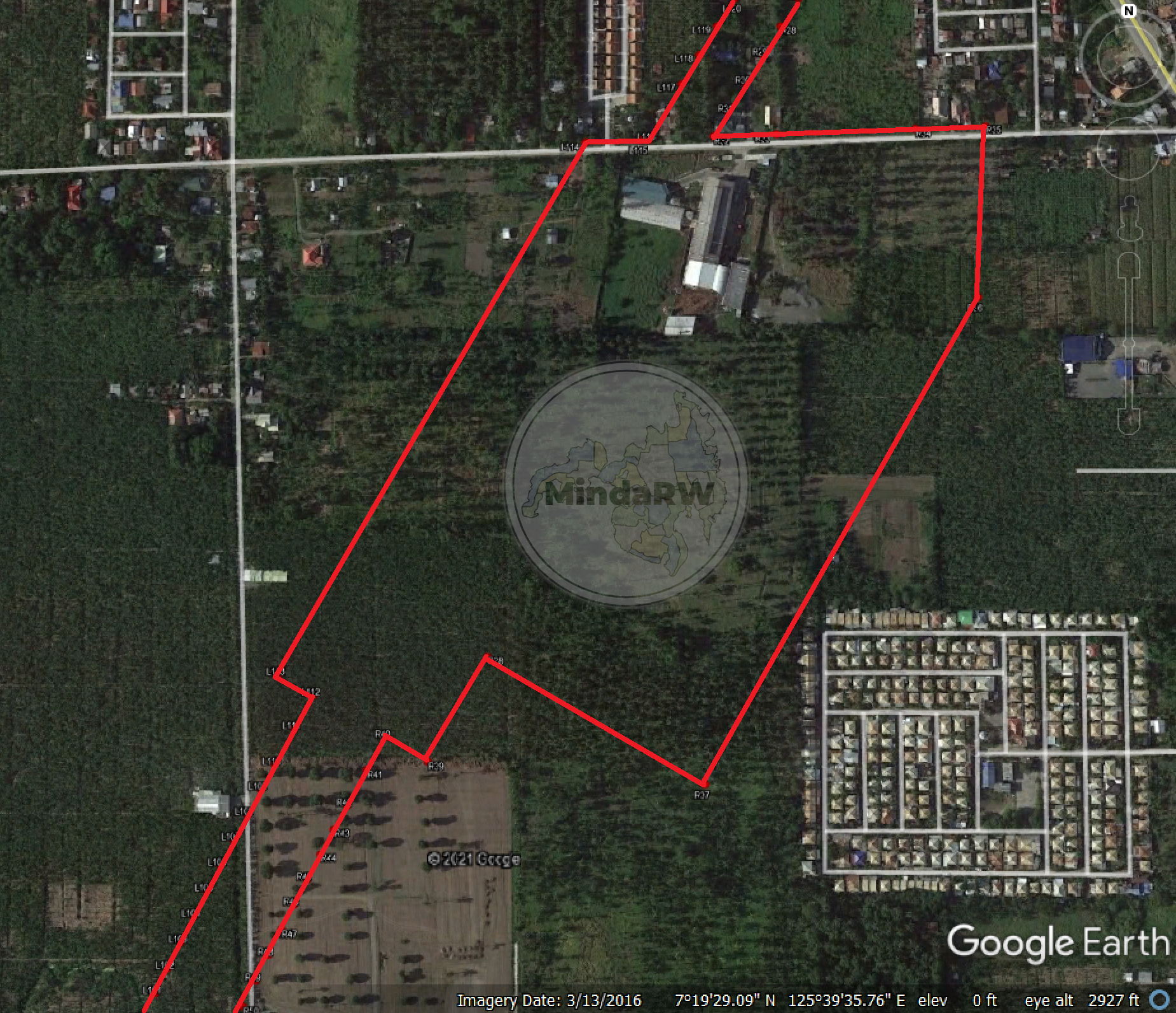 The ordinance also showed how the railway alignment is actually wider in some part than others. Presumably to accommodate sidings that would, initially, allow trains to move past each other in what is currently a single-track railway.

At the crossing with the Tagum-Panabo Circumferential road. 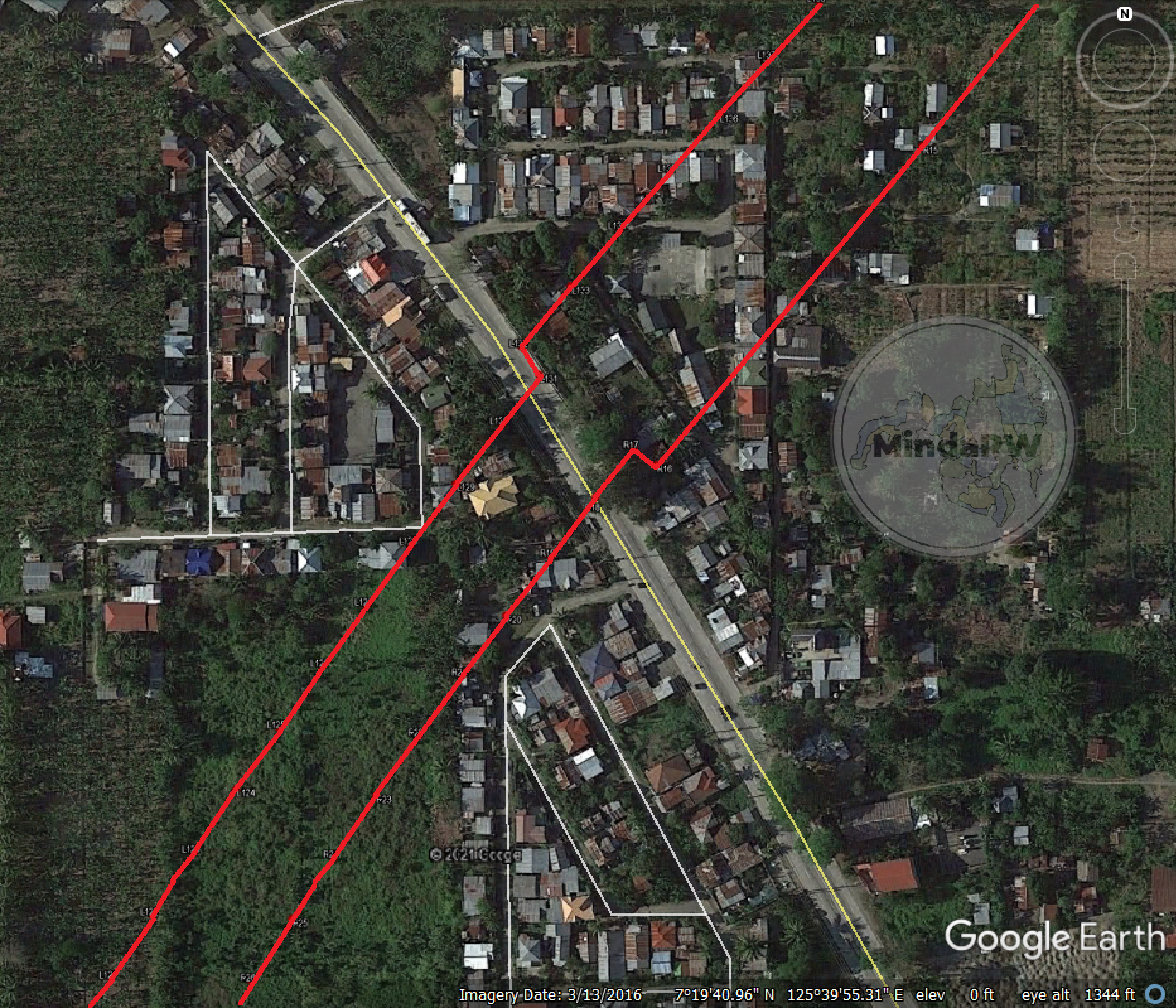 At the crossing with Quimpo Extension. 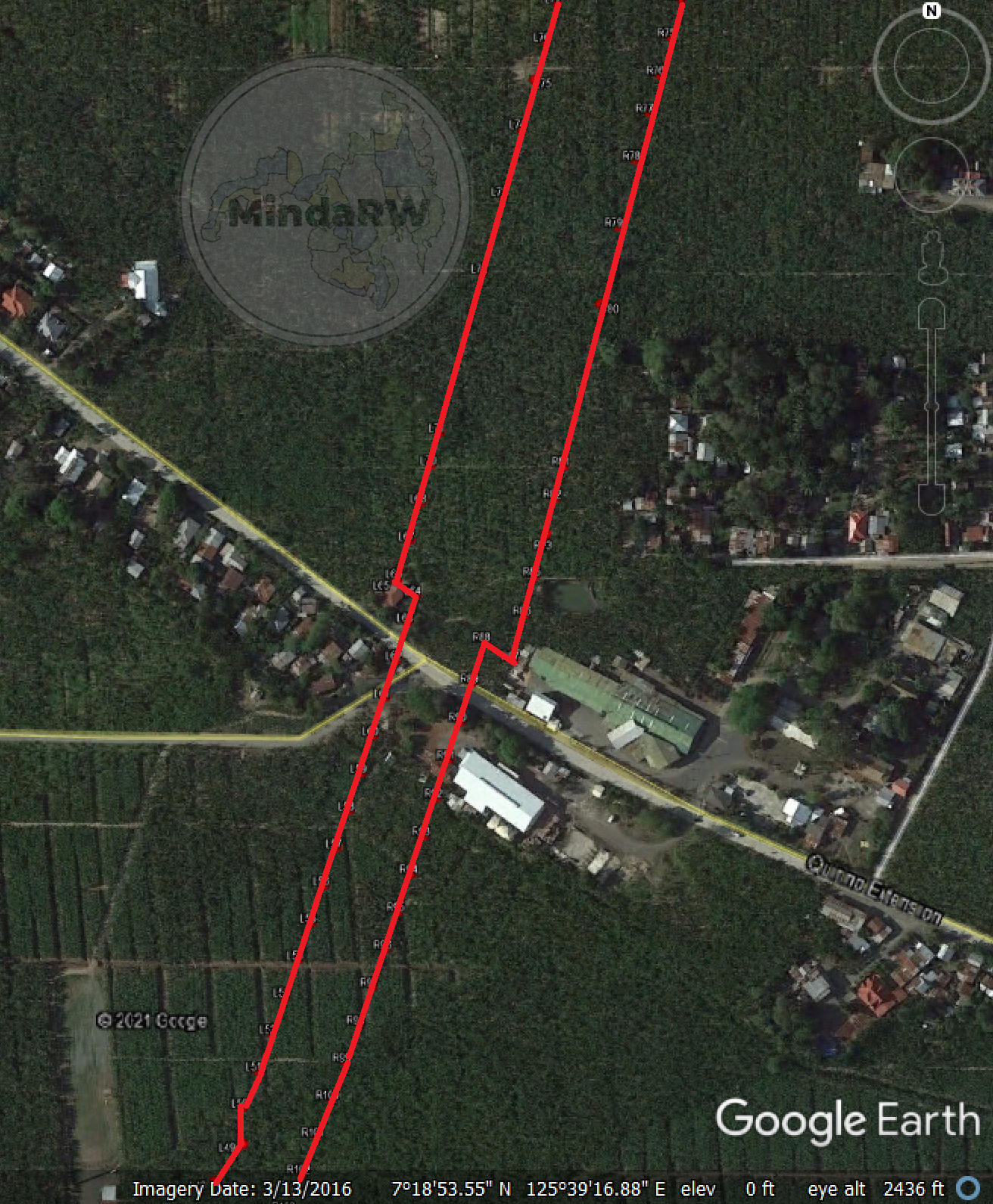 At the crossing with Cabaluna Road. 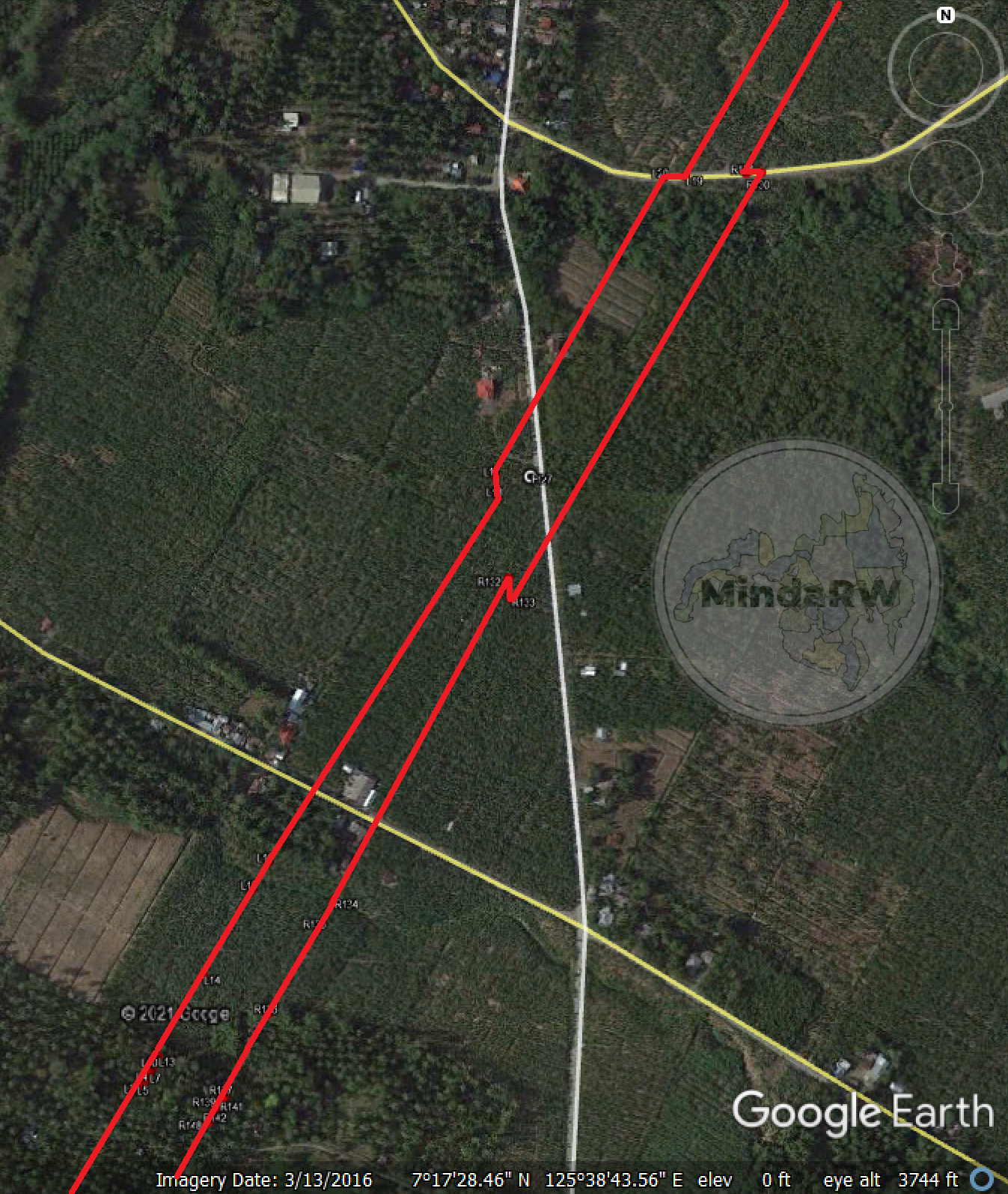